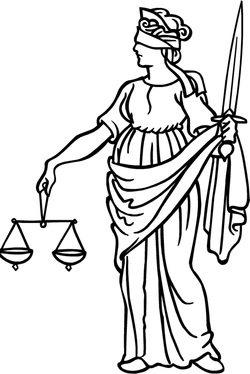 Timing.  Timing is critical when you or a loved one has been arrested and charged with a crime, or if you or a loved one are the target of a criminal investigation.  Early in the criminal justice process, options may be available to you which an experienced criminal defense attorney can exercise effectively on your behalf.  As a rule, when in doubt, consult an experienced criminal defense attorney with a record of success in pre-trial settlement negotiations, jury and jury-waived trials, and post conviction proceedings both at the Hawaii Paroling Authority and the courts of appeal.

Below is a representative sampling of our work and the results we have been able to obtain for our clients.

1.  State v. Momoe: Before the Hawaii Paroling Authority.  Argued Mandatory Minimum hearing.  Client originally charged with Murder 2nd Degree (life in prison).  Negotiated charge down to Assault in the 1st Degree (10 years).  After hearing argument from counsel, HPA set client minimum at five (5) months.  Client released from prison after five months and 27 days.
2.  State v. Faatea: Before the Hawaii Paroling Authority.  Client charged with parole violation for using marijuana while on parole.  Client represented by another attorney and was sentenced to at least one year prison for violation.  Client retained our office to represent him at upcoming parole consideration hearing.  Argued client entitled as matter of law to use marijuana for medical purposes.  HPA agreed.  Parole granted.  Client released.
3.  State v. Ramsey:  Client charged with Sex Assault and Burglary.  After appearing before the board eight times and being turned down for parole eight times with other counsel because client would not agree to complete the Sex Offender Treatment Program, client retained our office to represent him.  Successfully argued to HPA that it, the HPA, does not have the statutory authority to hold client in prison to complete the SOTP because the client had already maxed out on his sex assault sentence.  Client released from prison without having to complete the SOTP.
4.  State v. Puaoi.  Client convicted of sex assault.  Client in prison 16 years and had been denied parole numerous times.  Represented client before the HPA and was able to persuade HPA to grant parole to client.  Parole granted.  Client freed from prison.
5.  State v. Kim.  Client convicted of UEMV and sentenced to 5 yrs. prison.  Client also facing new charges on similar charges.  Negotiated deal between client and law enforcement.  Client released from prison in less than one year.  Client placed on probation for all matters.
Loitering in disaster area, pardon, expungement, business law. articles of incorporation, criminal defense, criminal law, business formation, financing, appeals, appellate attorney, writs, writ of mandamus